A safari in Makgadikgadi Pans National Park is recommended in both the dry and wet seasons in order to experience the remarkable transformation when the rains appear around late November.

The pans become vast lakes humming with a huge variety of animals. Flamingos and other water birds fly in to feed on the algae and crustaceans that spring to life in the water. Zebra and Wildebeest migrations are triggered, followed closely by a number of predators. This spectacle can be seen from the fringes or by aircraft.

A variety of wildlife is present around the Park, predators such as Lion, Cheetah, Leopard and Hyena amongst other hunters can be seen on the outskirts as well as many antelope species. In the region of the dry Boteti River and waterholes (south west) rare White Rhino may be spotted.

Other Makgadikgadi wildlife which has survived in this region under difficult conditions includes Hippo and Crocodile. Meerkats of the Kalahari also inhabit various areas of the Makgadikgadi - these social and resourceful creatures are a delight to be around and have been known to escort visitors on wilderness walks.

On the western border is Kumaga Village on the banks of the now dry Boteti River. This once beautiful river fed by the draining waters of the Okavango ceased to flow in 1992. There are some remaining waterholes which provide relief for the wildlife and other inhabitants in this area.

There are 2 public camping sites within the Makgadikgadi Pans National Park, Botswana. Njuca Hills Camp is situated 26km (16 miles) south of the main entrance gate. It is extremely rustic and there is no water, only fully self-sufficient and experienced travellers in convoy 4x4 vehicles should make use of this camp.

Kumaga Camp, (Xhumaga) is 48km south-west of the main entrance, situated on the banks of the currently dry Boteti River across from Kumaga village. The camp is rustic with an ablution block and borehole water which has a sulphurous smell - the water becomes palatable on standing but it is advisable to have an independent supply. Only limited and basic supplies are available in the village.

There are also Makgadikgadi Pans safari lodges nearby which venture into the park on game drives and guided game viewing activities. 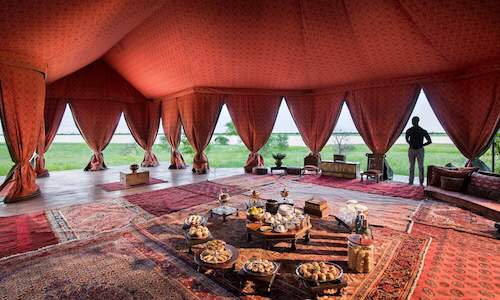 Jack's Camp is situated in the Makgadikgadi Pans in Botswana and provides guests with a unique Botswana safari experience....more 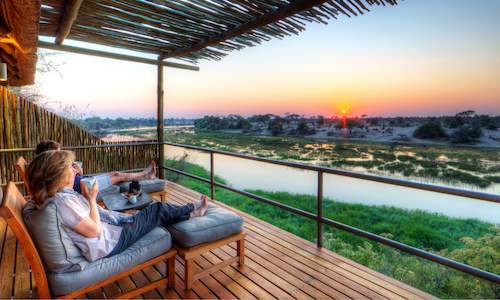 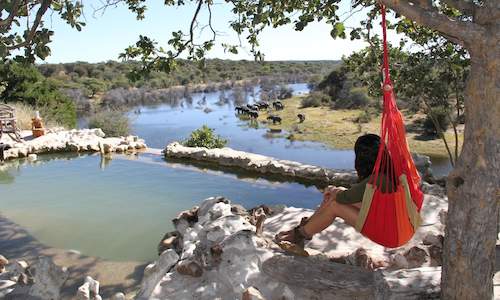