The San Bushmen of Tsodilo

© San bushman villagers story telling. Grasslands Bushman Camp
When on your Central Kalahari Safari Experience you will get the chance to interact with one of the world's most ancient cultures - the San Bushmen.

The ancient recordings and art left behind at Tsodilo are thought to be made by predecessors of the original inhabitants of Southern Africa, the San people.

The San and their ancestors are known to have inhabited Southern Africa for over 40 000 years until approximately 2000 years ago when the Bantu began arriving approx. 2000 years ago. With the arrival of the Batawana at the end of the 18th century, the political situation in Ngamiland would change drastically.

The San and Khoesan once lived peacefully alongside the Bantu until the Batawana formed a centralised kingdom and began to clash with the San tribes, subjecting them to servitude. Tsodilo was one of the last outposts of undisputed San settlement in the region of Ngamiland.

Although the Batawana started off as loosely indistinguishable groups, they eventually became more of a centralized presence and due to a fierce tribal hierarchy system that prevailed at the time, less politically structured tribes such as the San were forced into slave labour.

The specific San group that retained control over the area were the Ncaekhoe - who were actually Bantu migrants who arrived in Tsodilo and adopted the Khoesan language. They claimed the land and possessed an intimate knowledge of the Hills and so were able to retain possession of this territory.

The hostility of the Batawana forced many into servitude which would lead to the the arrival of two other settlements at Tsodilo - The Bantu speaking Hambukushu and the San speaking Juc'hoansi. These are the only two settlements in existence at Tsodilo today.

Tsodillo became a safe-haven that provided food, water and shelter in a dangerous landscape, during a time where slave traders and hostile tribal despots threatened human existence. The Juc'hoansi were a semi nomadic people who were threatened by Batawana from the east and came to settle periodically at the hills during the dry winter months for its available water sources.

Another group people known as the Hambakushu, migrated here from tribes of the Kovango regions, whose tyrannical chiefs subjected them to unbearable treatment. They fled and eventually reached Tsodilo settling near female hill.According to oral records, the Ncaekhoe were remembered as welcoming to the new tribes. This may have been due to their mutual enemy in the Batawana or due to the fact that the Ncaekhoe had already encountered the Hambakushu from the Okavango river and the Juc'hoansi from trading routes. Hunting and gathering as well as trading were the means of survival and the tribes sealed their allegiance by inter-marriage.

Due to their ethnicity, the Hambakushu were able to gain land in Tamatshaa for political allegiance to the Batawana and began to make their existence here in the face of difficult circumstances, although still periodically returning to Tsodilo.

Eventually Samutjau would find a way to persuade the Juc'hoansi to return to Tsodilo for the mutual interest of both tribes as the number of foreign visitors increased this upstart of tourist activity, created a more beneficial environment for the two settlements. Today the Hambakushu and Juc'hoansi live in relative harmony even though there are still disagreements that remain in their past.
Next - Images 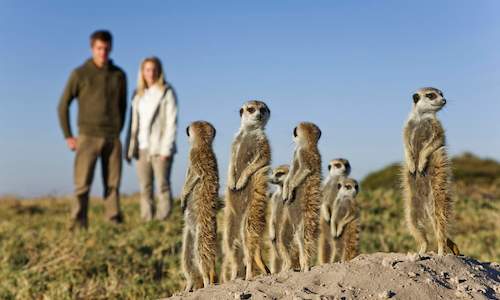 The Kalahari is a place of legend and is often misunderstood, but this Makgadikgad Cultural Safari Tour in Botswana offers the opportunity...more 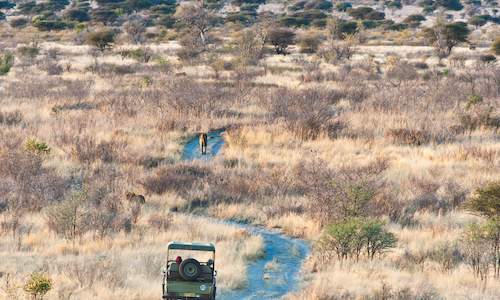 This 3 day Classic Fly-in Kalahari & Cultural Package allows you to experience the mystical Kalahari, with game drives and Bushmen interacti...more

Safari with the San - Classic Kalahari Safari and Cultural Experience 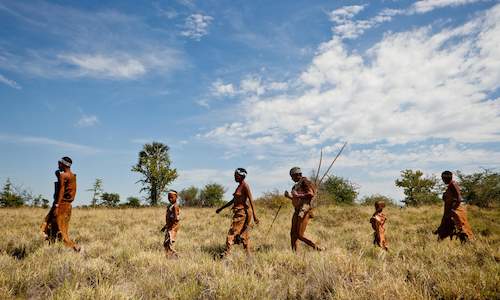 This 3 day Classic Cultural Experience package to Deception Valley, takes you into an oasis in the Central Kalahari - home to a wide variety...more
Botswana Safari Tours and Game Lodges
©2022 Siyabona Africa (Pty)Ltd - Private Tours and Safari