The Chitabe area offers a variety of different habitats and on your Okavango safari you might have good sightings of Leopard and Wild Dogs, as well as large herds of Impala.The Chitabe Concession is a private concession situated in the south-eastern area of the Okavango about 60km from Maun. This means that it is easy to access. Previously this area used to be very dry, as the Gomoti River dried up in 1984. When it started to flow again in 1999 the area became much wetter, and now there are many areas of permanent water in this concession.

The reserve is characterized by areas of open water on the flood plains in the north western areas of the reserve near the Santantdibe River. This region has some deep water channels and permanent dry islands - some of which have large Baobabs on them.

The southern areas of the reserve are mostly made up of mixed forest and riparian scrub including Fever trees, Sausage trees and Jackal-berry trees.

The diverse habitats in Chitabe Concession support numerous different animals. The area usually has good Leopard sightings and has a large population of predators such as Lions and a pack of African Wild Dogs which stay in the area. Cheetah can be seen in the drier areas of the concession.

There are large herds of Impala and Zebra often found grazing on the grass on the floodplains. Several herds of Buffalo and Elephants are permanent residents, but their number can swell into thousands as large breeding herds pass through between June and October. Sightings of most grazers are good from July to November when the flood waters recede and the animals congregate to eat the fresh green grass.

On night game drives you can see many of the nocturnal inhabitants of the region such as Aardvark and Aardwolf, and if you are very lucky, maybe even a Pangolin. Other smaller inhabitants such as the Yellow Mongooses are also common.

As this area mostly focuses on activities such as game drives and nature walks, you can visit at anytime of the year. You will see more game during the dry winter months, and the activities are more pleasant when you are not always getting rained on.

There is an airstrip near Chitabe Camp that most guests fly-in to as driving in the area can be difficult. 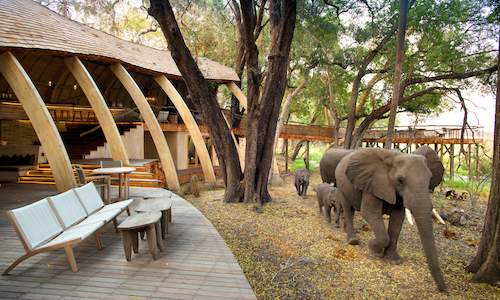 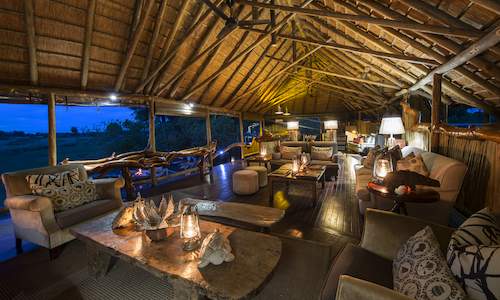 Surrounded by wonderful scenery, Camp Chitabe offers a luxury Botswana safari in the Okavango Delta. The abundance and variety of game is ex...more 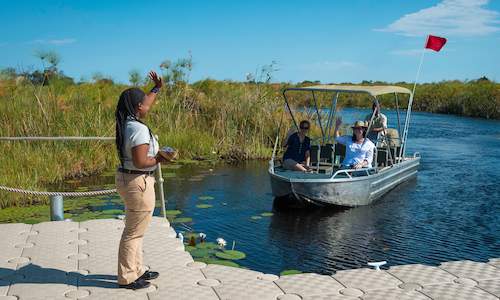 This 5 day Classic Fly-in Okavango Floodplains Safari tour in Botswana is a combination of some of the most dramatic landscapes and wildlife...more
Botswana Safari Tours and Game Lodges
©2022 Siyabona Africa (Pty)Ltd - Private Tours and Safari